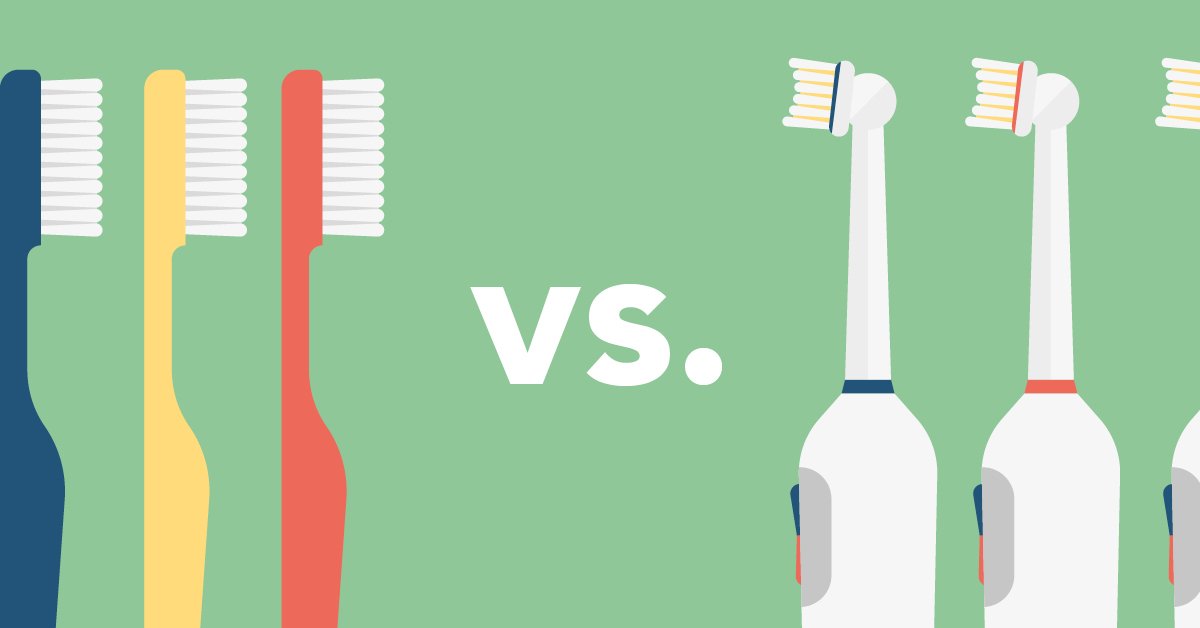 Our hand is undoubtedly one of the most refined perceptive motor devices in existence. Since the 1940s several companies throughout the world have tried to replace (it would be more correct to say “implement”) manual brushing with an electrical device: for many decades these attempts have not been successful.

At the beginning of the 90s, electric toothbrushes as we know them today were preparing to take on the Western market on a large scale.

They were followed by the first “Manual versus Electric ToothBrushing” comparative studies. Certainly the high efficiency of the new electric tools showed some advantages over the old manual toothbrush, but the results ended up confirming that, with a careful and meticulous brushing practice, both systems could maintain optimal plaque levels. Considering that these studies were (inevitably) supported by the manufacturers of the new electric models, these result could be considered an impartial draw.

However, in the following years, the advantages and limitations of the two techniques would be highlighted.

Of these two categories of electric toothbrushes, the mechanical ones are by far the most common today. Therefore we will refer mainly to these devices.

These conditions can make proper and complete manual brushing more difficult  for some patients compared to others. In these cases, using an electric toothbrush seems to be very beneficial and offers more predictable results in the long term.

There is only one situation where I would definitely recommend an electric toothbrush compared to a traditional one: in the case of patients with receding gums due to unsuitable brushing. Excessive brushing

These lesions also occur in rather young patients and are characterized by festooned gums, exposed and often eroded roots, very sensitive teeth, and an unusually elongated appearance.
Lately these gum recessions appear more and more often and are caused by an incorrect (horizontal movement) and excessive (with too much pressure) use of a manual toothbrush.

Almost always, patients, even when they are informed of the problem, seem unable to change the manual brushing technique over the long run. After short periods of correct and moderate brushing, the unhealthy habits that they’ve had for years almost always end up returning.

For this type of patient, the change of tool – from manual to electric – is the best choice since it does not allow in any way to return to the horizontal and excessive movement that had caused the injuries. The new electric models today even have a warning light that comes on to indicate “excess pressure”.

Both types of brushing can offer optimal results…. as long as you remember the most important thing: oral hygiene must be frequent and prolonged, but above all it requires attention.

Thinking that strong movements or technology can replace the quality of a gesture of care towards ourselves is a (sadly frequent) mistake to be avoided.